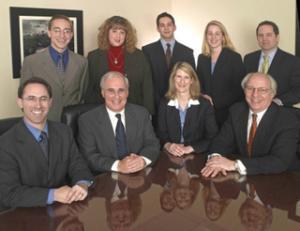 THE THEFTS committed by Steven Rondos, the former Brooklyn attorney who is awaiting sentencing for stealing millions of dollars from guardianship accounts he oversaw, has prompted the state court system to ratchet up guardianship oversight in an attempt to prevent future similar crimes.

“We used to wait for reports to come in and now we go looking for them, we never did that before,” said James Fish, the court system’s statewide coordinator for guardian and fiduciary services.  “New cases all have a mandatory compliance conference and old cases are constantly being looked at.”

Under Article 81 of the state’s Mental Hygiene Law, a court-appointed guardian of an incapacitated person is required to file an initial report within 90 days that details what medical, personal and financial care the ward needs and “what steps the guardian has taken to fulfill his or her initial responsibilities.”

The new guidelines, put into place last year, call for an initial compliance conference with a court examiner and for the court to send a demand letter if guardians fail to timely file an annual accounting summarizing the transactions on the accounts they oversee.  Failure to comply prompts another conference and further sanctions, including denial of fees and removal of the guardian—actions that courts in the past were more reluctant to take, said Jennifer Cona, a trusts and estates attorney in Melville.

“If we have guardians who are noncompliant with their duties, we used to go back to the judge and a lot of times they would get a slap on the wrist,” said Ms. Cona, a partner with Genser Dubow Genser & Cona.  “Now they will remove the guardian or sanction the guardian.  They are not cutting anyone slack.”

Acting Supreme Court Justice Shlomo S. Hagler in Manhattan said that while courts had always been vigilant, guardians now “don’t have as much leeway” if they fail to file annual reports.

Justice Hagler, who oversees 750 guardianship cases, said he spends a lot of time going through financial reports and making sure the accounts add up.

“Certainly there has been an emphasis on having much more compliance with the regulations and [having] the annual accountings in on the stated time,” Justice Hagler said.  “We are making progress – the public should feel more comfortable in knowing that.  We are not there yet but we are getting better.”

In January 2009, Mr. Rondos and his firm, Raia & Rondos, were charged with money laundering and grand larceny for stealing $4 million from nearly two dozen victims, including mentally and physically impaired elderly people as well as children with cerebral palsy (NYLJ, Jan. 30, 2009).  Mr. Rondos, since disbarred, later admitted stealing the money and now faces between six and 18 years following the conclusion of a restitution hearing (NYLJ, March 5).

In the wake of the thefts, court officials acknowledged “inherent flaws” in the system and a lapse in monitoring guardians by court examiners, who are appointed by judges from a list compiled by each Appellate Division department.

The examiners, who are not court employees and are paid annually based on the size of the estates they examine, are charged with looking over reports and bills provided by the guardians.  After Mr. Rondos’ indictment, it was discovered that at least 16 court examiners who oversaw Mr. Rondos had signed off on his reports, which were often filed late.  Five examiners subsequently resigned and one was suspended (NYLJ Feb. 11, 2009).

Manhattan court examiner Edward Virshup, an accountant by training, said the disciplinary measures put into place last year help ensure compliance, but the downside is that they deter family members, who are most likely to have the best interests of the ward, from becoming guardians.

“The conferences are there to get people to file the reports.  The problem of course is that there aren’t people out clamoring to become guardians,” Mr. Virshup said.  In the past, he said, guardians “used to be able to say, ‘Look, I’m going to be late a week or two,’ and it was OK, especially if there was a valid reason.  Now, any extensions of time have to be for a good cause and granted by a judge.”

Ms. Cona said that courts prefer to appoint family members as guardians whenever possible.  But, she said, “a lot of family members are either not up to the task because they work a million hours or the financial management [of the account] is beyond their abilities.”

The result, Mr. Virshup said, is a balancing act for judges seeking to enforce compliance.  He pointed to one of his cases where the sister of an incapacitated person sought to be removed as guardian once the estate ran out of funds and she could no longer be paid.

“The court agreed that we should allow this person to get out because there isn’t any money,” he said.  “Courts are hamstrung a little bit.  They are not going to remove a guardian if there is nobody waiting in the wings to take over.”

Mr. Fish acknowledged that implementing the new guidelines was a work in progress, a part of what he called a “holistic approach” to ensuring proper care for incapacitated people.

To that end, he said that looking at a case twice within the first six months increased oversight, and added that better training is being provided for lay guardians.

“We are building on getting people to make sure that they are asking for those reports and are working with guardians,” Mr. Fish said.

At a restitution hearing on Monday, Mr. Rondos testified that mental health issues, including depression, anxiety and an addiction to Internet chatting, contributed to his conduct.

“I couldn’t get myself to do it, I was feeling overwhelmed,” Mr. Rondos told Acting Supreme Court Justice Ronald A. Zweibel about his failure to file annual reports.  “I was treading water, doing what I needed to do just to get by…I would sit there and stare at the file in front of me.”

Mr. Rondos is seeking to be credited for work he did perform on behalf of his wards and contends he owes $1.2 million in restitution.  But prosecutors are seeking nearly $2.7 million.  Trial in the case against his former firm, Raia & Rondos, starts April 12.

Vesselin Mitev can be reached at vmitev@alm.com.

Remote Estate Planning in the Wake of COVID-19

Power of Attorney: Who Will Control My Money

What Does an Elder Care Attorney Do?

I’m Not Rich…Do I Need An Elder Care Attorney?

Death of a Gun Owner: Criminal Liability for an Heir?